The first thing that often comes to mind when talking about a home burglary invasion is the image of a tiptoeing masked man, with a sack on his back, silently perusing your house in the middle of the night for your valuables. Cat burglars have been made an object of humor and ridicule by popular TV shows, films and cartoons. Examples include the absurdly idiotic burglars in Home Alone, and the regular losers that periodically visit the residence of the Power Puff Girls. 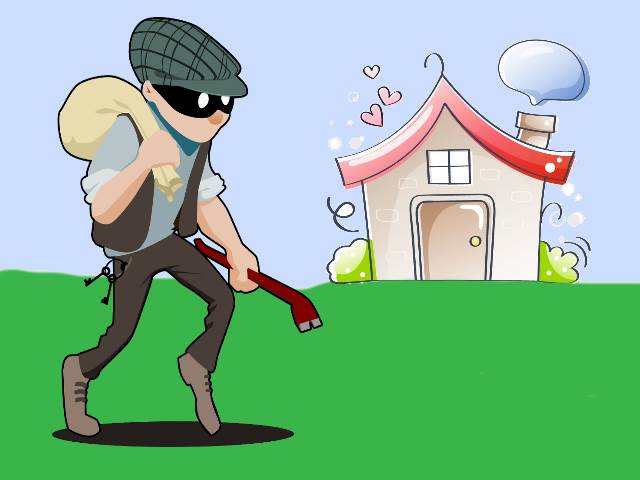 But a case of home invasion can, and does, get very serious in real life situations. A burglar who is visiting your residence late at night to strip you of your valuables isn’t likely to expect to be interrupted, and is more than likely to get rather violent if he is. Many senseless deaths have occurred where homeowners take the law, and a baseball bat, in their own hands, only to find the burglars equipped with better equipment, such as guns.

So what should you do in case of a suspected home burglary invasion?

Most home invasions occur at nighttime, although daytime invasions have also become common these days. Most often, the first alert you will get that there is a burglar in your house in the middle of the night, is a crashing sound, as the clumsy criminal drops something or knocks something over in your house. For many people, their first instinct is to rush down from the bedroom with a baseball bat, or a similar heavy object, in hand.

This is the wrong approach to take for many reasons. For one thing, the burglar may well have a gun. Also, you don’t know how many burglars may have entered the house, and you are thus at a great disadvantage. The following tips can help you survive a home invasion while you’re at home, and hopefully even have the burglar arrested:

Do not hesitate to inform the police if you think you are facing a home invasion, or one of your neighbors is. Many senseless tragedies can be avoided this way. Many people hesitate to call the police because they are concerned about the embarrassment, if, for example, the crashing sound from downstairs in the middle of the night is merely the doings of a stray cat.

The police, however, would rather that you be safe than sorry. So, if you feel any suspicious happenings are going on downstairs or in a neighbor’s house in the middle of the night, call up the police immediately. This brings us to a commonsense point –

Keep a phone in your bedroom

Not only will this help out in case of a burglary, it will also help in case of any emergency, such as a health complication or a fire. We recommend that you at least keep the police, emergency healthcare, and fire service on speed dial.

Try to gather all family members together – as quietly as possible

If you suspect that your house has a burglar, try to gather all your family members together in one room – but make sure you’re not heard. This will give you a sense of security, and enough stress relief to be free to think critically in such a dangerous situation. Try to gather in a room that locks from the inside: this will buy you time until the police arrive.

Invest in a good burglar alarm

Burglar alarm systems are nothing short of a must these days. Many high tech options are available, which can detect even the nimblest intruder. These alarm systems can be annoying at times, as neighbor’s pets can often set them off. But it is important to be patient and remember that this alarm might save your life and property someday.

Guard dogs make affectionate pets, and will protect your home from any intruding burglar if they are well trained.

All in all, good sense and quick acting can save you from harm in case of a burglar attack. Try to keep your wits about you, and you may well find yourself a neighborhood hero for many days to come. 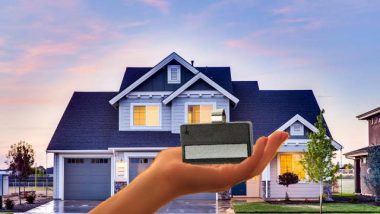 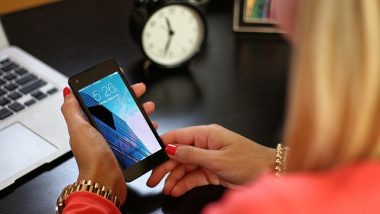