Did you know that you can give your home the appearance of being monitored by installing fake security cameras? Fake cameras are much more affordable than real ones and some believe they can be as just as effective as authentic equipment. Others feel that they are about as useful as a stuffed Doberman sitting on your doorstep.

A highly experienced criminal might be able to tell the difference between a real security camera and a fake one, but a relatively inexperienced one often can not.

Fake security cameras have helped to prevent many crimes.  Mounted in high-profile, totally visible locations, these cameras are not really hooked up to anything, but they contain batteries that supply the power for a few flashing or blinking lights or other characteristics that make them look as if they are doing something. Some of the fake cameras will even pan back-and-forth, although they will need more frequent battery changes.

With today’s advanced technology, an inexperienced thief is not likely to know if he being watched by a wireless, state-of-the-art surveillance camera or a very realistic-looking, but ultimately fake, security device. Spotting one of these dummy security cameras pointed right at them has caused many would-be burglars to change their mind about breaking into a home or business illegally.

Fake security cameras can be especially effective in places where you would normally expect to see security cameras anyway. For example, many of the cameras in subway stations around the world are fake security cameras and nobody can tell the difference. During times when the crime rates inevitably rise, some metropolitan areas have been known to have the ratio of fake cameras to real ones at about 2-to-1. They simply mix the fake cameras in with the real ones. They’ve found that the fake devices were almost as effective in reducing crime as the real cameras. Evidently, only the more sophisticated thieves can tell – from a distance – whether they are being observed by a real security camera.

So if you’re thinking about having security cameras installed around your home or business, but you’re currently strapped for cash, you might want to look into using fake security cameras. They just might deter break-ins and prevent property damage by tricking would-be criminals into believing you have a real surveillance system watching them. 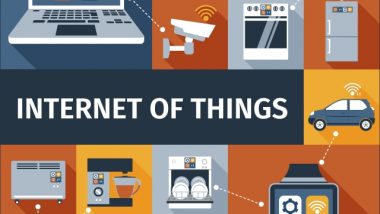 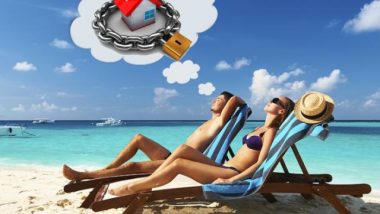 Protect Your Home While You’re On Vacation